A Dance with Dragons by George R.R. Martin release date is set!!

I can never decide if Martin's Song of Ice and Fire series or Robert Jordan's Wheel of Time series is my favorite thing ever. It's tough. I love them both so much, and can reread them over and over and derive more out of them each time. In fact, I think I will reread the other Song of Ice and Fire books (A Game of Thrones, A Clash of Kings, A Storm of Swords, and A Feast for Crows) in preparation. Finally, some fantasy that won't disappoint me! 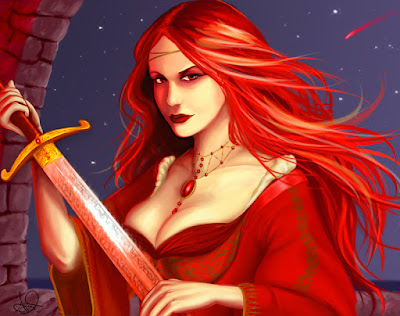 It's such a fantastic series! If you like epic fantasy, political intrigue or dragons, this series should be read immediately. If you don't, this series might sell you on it. On the spectrum of violence and the darker side of human nature, it is almost exactly between Robert Jordan and Terry Goodkind. Although I guess if you know where on that spectrum Goodkind and Jordan are, you probably don't need to be told about Martin!
Posted by Emma at 6:03 PM

Email ThisBlogThis!Share to TwitterShare to FacebookShare to Pinterest
Labels: A Dance with Dragons, A Song of Ice and Fire, fantasy, George R.R. Martin, off topic, upcoming